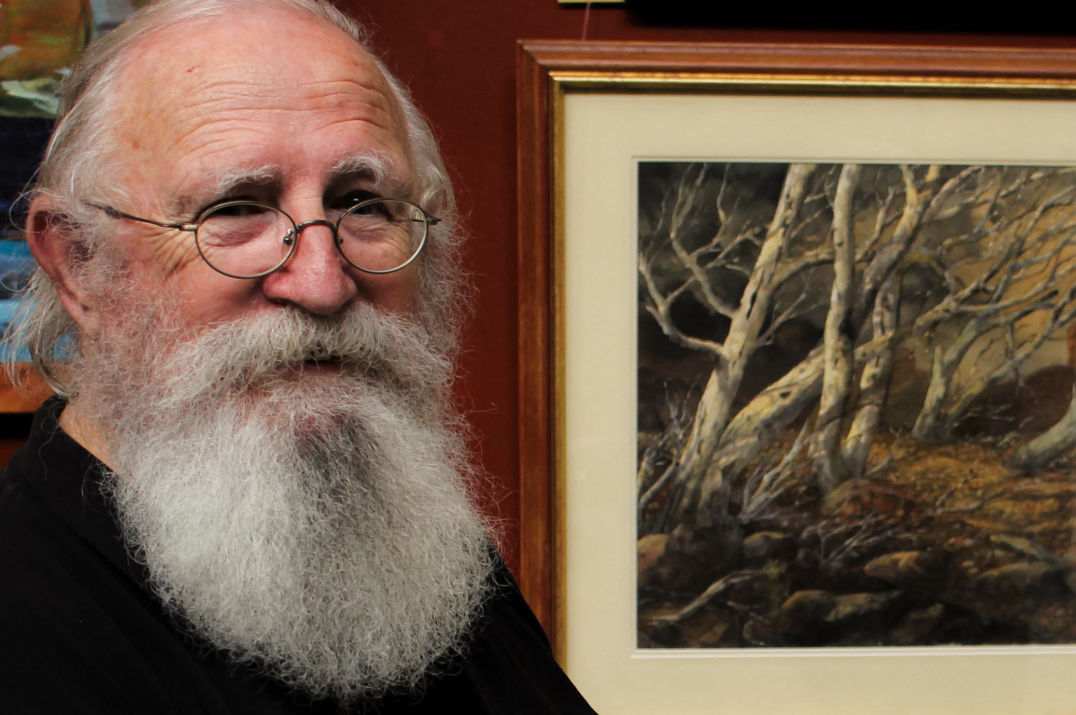 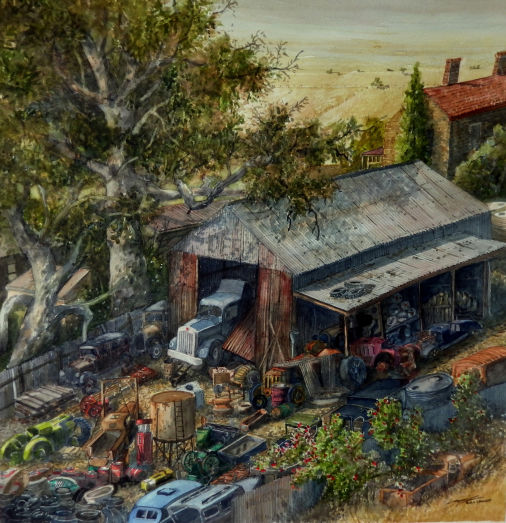 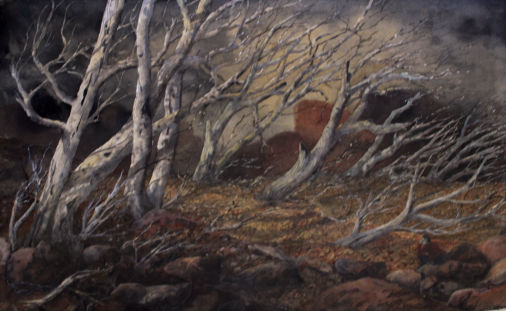 Is this mine
Watercolour and black in on unsized cotton rag 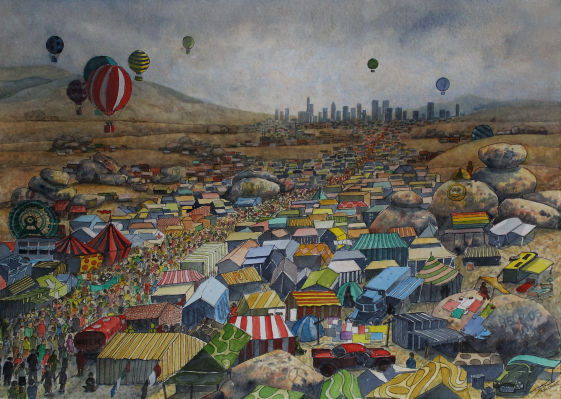 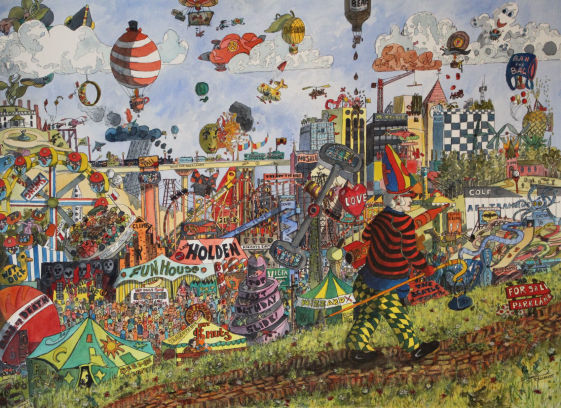 Born at Warracknabeal Victoria in 1946.
Came to South Australia in 1952 with his parents and siblings and attended a number of schools until his parents settle in Carrington Street Adelaide. Bob attended Gilles St., Practicing School and his talent to draw was recognized by Frank S Keally. Being ill as a child he spent many hours creating water-colour paintings while sitting up in bed. During this time he won several awards for paintings including at John Martins and the Chanel Niners Christmas Appeal.
In 1960 the family moved to Maitland on Yorke Peninsula where his parents had bought a Automotive workshop and show room selling Rootes Group cars and trucks; later Datsun, Toyota then Chrysler and Mitsubishi. During his school years at Maitland Area Bob continued to paint and win prizes at local shows.
He took an interest in Geology, vintage cars, art and was involved in the community.
In 1966 he became a state finalist in the Albert Namatjira Memorial Art Prize.
In 1967 he won the Founders Award in the Namatjira Art Prize and was able to travel with a other young artist winners to Melbourne, Sydney, Brisbane and in 1968 Alice Springs.
Bob married his wife Jennifer O’Brien in 1970 and by this time was following his Dad’s trade as a motor mechanic.
Bobs first one man exhibition was held at Maitland in 1972 to assist the establishment of the Central Yorke Peninsula branch of the National trust which he was founding secretary.
Bob and Jen bought the business from his parents in 1974. In the 1990s they built a two room gallery into the end of the garage. This proved a great success and was large enough to hold exhibitions for Country Arts and other artists both local and non local.
During Heysen Week at Hahndorf bob painted in the street sponsored by the local businesses and won awards and prizes for many of his streetscapes. During this time he was able to actively be involved in the Academy Heysen prize and Artist Voice.
During the 1990s Bob took on a project called “The Garage”, a museum and meeting rooms for the
Maitland Auto Preservation Society. Designed as a town street with shop fronts, meeting and catering rooms and a workshop. When completed it was given to the community and now is “The Maitland
Markets”. By this time Bob and Jen had retired; sold the business and gallery. Bob was invited to have a Gallery (“Corner Gallery”) at the markets which is still showing his art though they now live in Adelaide.
Bob has had a active art carrier with a large involvement in country areas and the Royal South Australian Society of Arts. He is a accomplished water-colourist, photographer who has dabbled into lino-prints.
During the later part of his art carrier he has had 28 one-man exhibitions: Curated 8 Exhibitions: Shown in over 190 mixed art exhibitions.
Bob says he “just loves to paint and watch a work grow without restrictions being place on where it will end”. He is self taught but often teaches groups about being enthusiastic and confident in their approach to their art.